On the 16th of June, six Year 12 students embarked on an Economics trip to Shrewsbury and the Bank of Thailand, as a part of an economics essay competition. The competition, involved essay writing on the topics of sustainability and free trade, after which two exceptional students, Utsav and Veli’s essay were shortlisted to be represented in the event. The occasion was attended by top international schools in Thailand, and we are very proud to say that both of our shortlisted delegates were runner ups, and were awarded by Prof. Thitinan Pongsudhirak of Chulalongkorn University. Following the presentations, the students headed of to Chatrium for an appetizing meal with a fantastic view of the whole city! The day then continued with our visit to the Bank of Thailand, where the student got the opportunity to listed to a discussion of 3 officials, who interacted with students and talked about the initial phases of their career and also the economic history of Thailand.

It was in fact a privilege for all students to have such a learning trip! We are sure our students would move on to be important figures in the economic world!

The three weeks of learning at our Summer Camp have taken the students on a journey of discovery. We were very happy to see some students from other provinces and countries join us at the school. The Camp gave all the students a chance to interact in a globally diverse environment. We are sure everyone is taking away some precious memories to cherish. We wish you all a safe and happy summer! 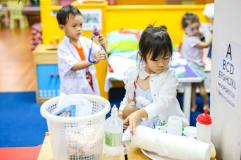 To end our school year on a great note, the Prefects of secondary school organised a spectacular talent show, branded as “Regents Got Talent”, which in fact resulted in the exposure of new talents that were never seen before! The preparations started two weeks in advance, with a signing up process and also auditions, with nine performances in total. The show included a mixture of singing, dancing and band performances. Moreover, a special show was organised by all the teachers who were leaving. In accordance to our Round Square IDEALS, there in fact as a great variation in cultural performances, with Male singing a Thai Song, FIVE AND ONLY dancing to a Korean pop and DESI STREET KROO grooving to upbeat Indian music. Other performances included THE KYMES and CHICKEN NOVA, both of which were optimistic signs that Regents will host great musicians in the future, and also our young talents in the group GAM, who clearly showed that we have young singers!

A special mention to our winners… The third place was awarded to FIVE AND ONLY for a well coordinated dance, while the second place was ordered to LENNY (Jenny & Lissa) for a soulful performance with vocals by Lisa and Jenny on the Piano. The first place was awarded to our solo performer MIDI for performing “Lost Stars” by Adam Levine, which we must say Midi sang better than the original singer! Regents Got Talent carried an immensely energetic vibe thanks to friends of performers constantly on their toes and our great set of Judges, Mr. Barrow, Mr. Mitov, Khru Em and Ms. Neill.

We surely look forward to see what talent is to be shown next year! 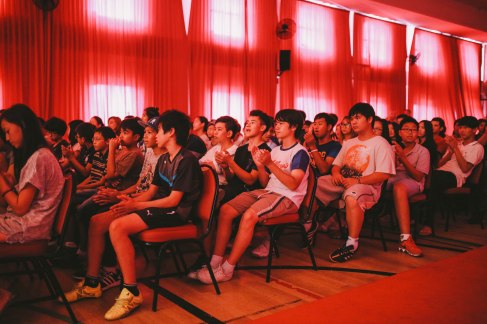 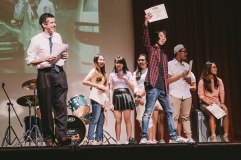 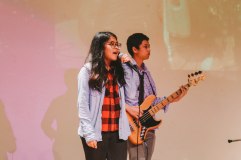