Sunday 12th of November was a special date on the school calendar as it was the St Andrews’s conference of Model United Nations. MUN conferences are usually organized by high schools or colleges, and this one brought together over 100 students from a wide range of international schools. Our 12 students from year 12 participated in the conference and were distributed in different MUN councils such as Human Rights, Security Council, Economic and Social Council and more. They were given various current issues to debate and produce viable resolutions to help overcome the problems. Our students came across with United Nations standards and could contribute to changing the world.

It was my first time participating in an MUN conference. I thought it was quite an enjoyable experience. However, I believe that is best for those who enjoy public speaking and debating. The other participants were far more experienced and were much better prepared for the day. The rules and regulations for MUN are quite extensive and it takes time to properly remember them. I was told that after a few conferences that the formalities it would be automatic for me. The issues discussed that day were regarding human rights because I participated in HRC (Human Rights Council.) I represented Iran, therefore I had shown the other countries that I was against peoples’ basic freedoms. All in all, it was a fun and hardworking time, but I had made new friends and I learned new things.
And they had good food. 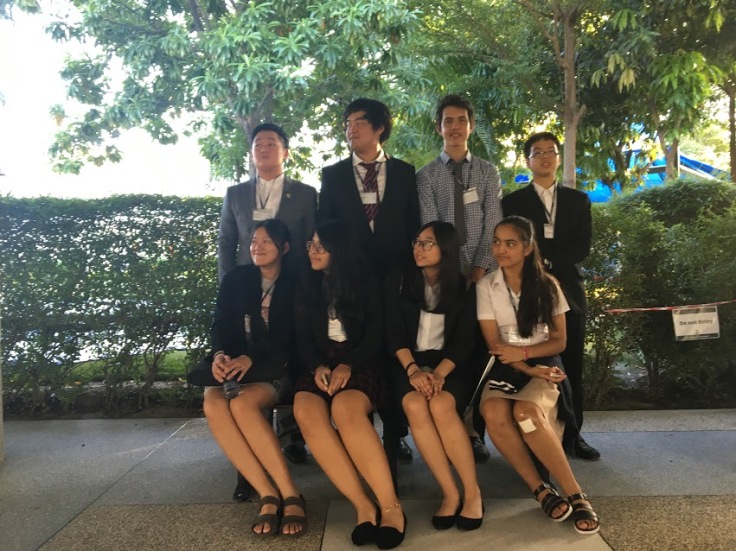